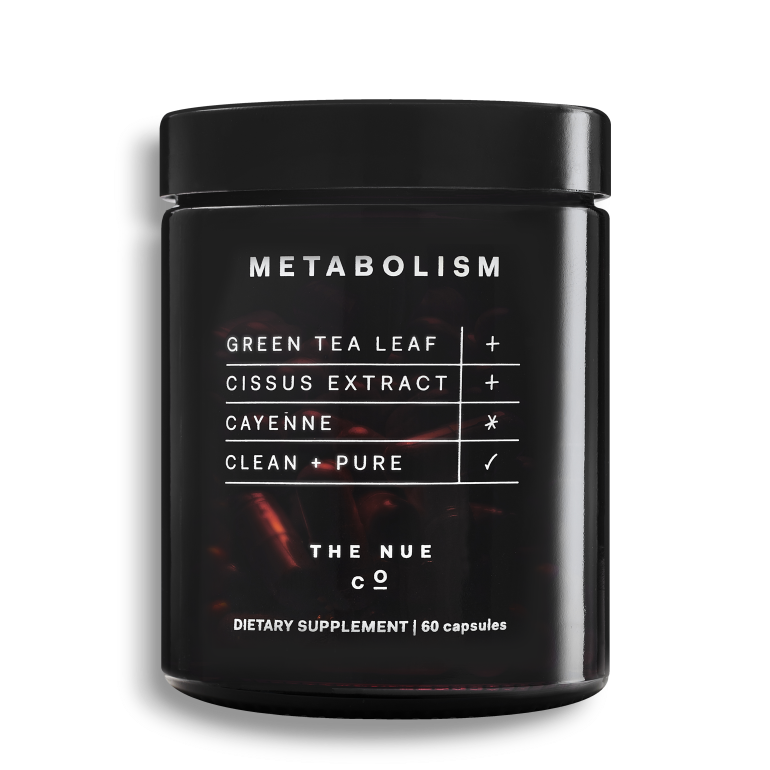 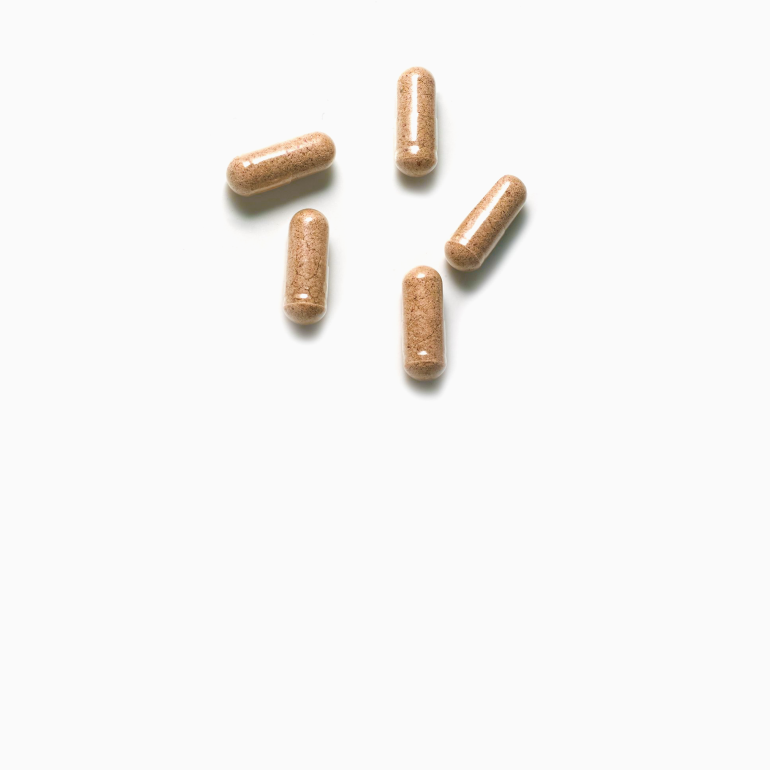 A slow metabolism can result in fatigue, headaches, sugar cravings, and constipation. This blend of clinically studied ingredients work together to reduce stress induced sugar cravings, while gently speeding up your metabolism.

For too long metabolism supplements have been solely associated with weight loss, whereas our metabolic rate actually plays a key part in overall health.

As we get older, our bodies naturally decrease in muscle mass while the amount of fat stored increases, which in turn slows down our baseline metabolic rate. This can result in a range of issues from constipation and fatigue to stress-induced sugar cravings.

When we are stressed, our bodies are hard-wired to crave sugar. Sugar triggers the release of serotonin, leading to feelings of relaxation and calmness helping take the edge off our stressed state, however, this actually makes things worse long-term, as studies have proven that diets high in sugar can decrease the metabolization of serotonin in the body, slowing down the body’s metabolic rate. Metabolizing food (breaking it down) requires energy, known as the thermic effect of food, or TEF. Processed foods require less energy to digest due to high levels of refined ingredients, which means that you spend less metabolic energy.

The formula in METABOLISM combines traditional Ayurvedic extracts like cayenne pepper and cinnamon with clinically studied catechin, the key compound in green tea and veld grape. Greenselect PhytosomeⓇ, consists of polyphenols that bind to phospholipids (a fat containing a phosphate group), which are believed to boost the absorption of polyphenol pounds such as EGCG into your body, making it easier to pass through cell membranes. ECGC specifically (a type of catchein compound) delivers many of the benefits that are associated with green tea, including the prevention of cell damage, and reduction of inflammation throughout the body.

The formula also contains Veld grape, which has been used traditionally in Ayurvedic and alternative medicines for its ability to support bone health, reduce joint pain, and help prevent metabolic syndrome. Veld grape leaves and stems contain a compound called photogenic ketosterones, which have been clinically proven to reduce the absorption of starch-derived sugar.

Take with water one capsule in the morning with food, one at night with food.