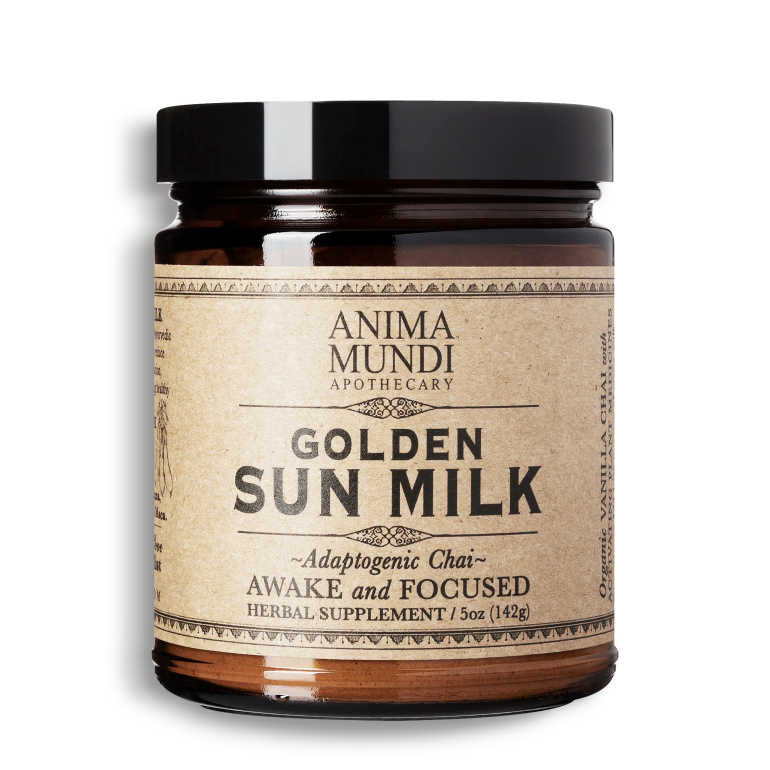 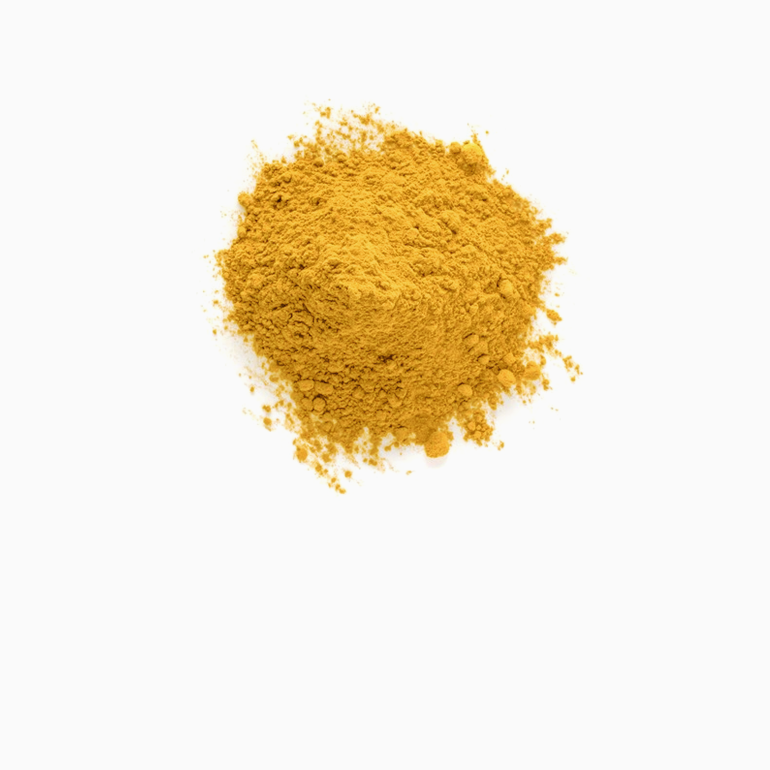 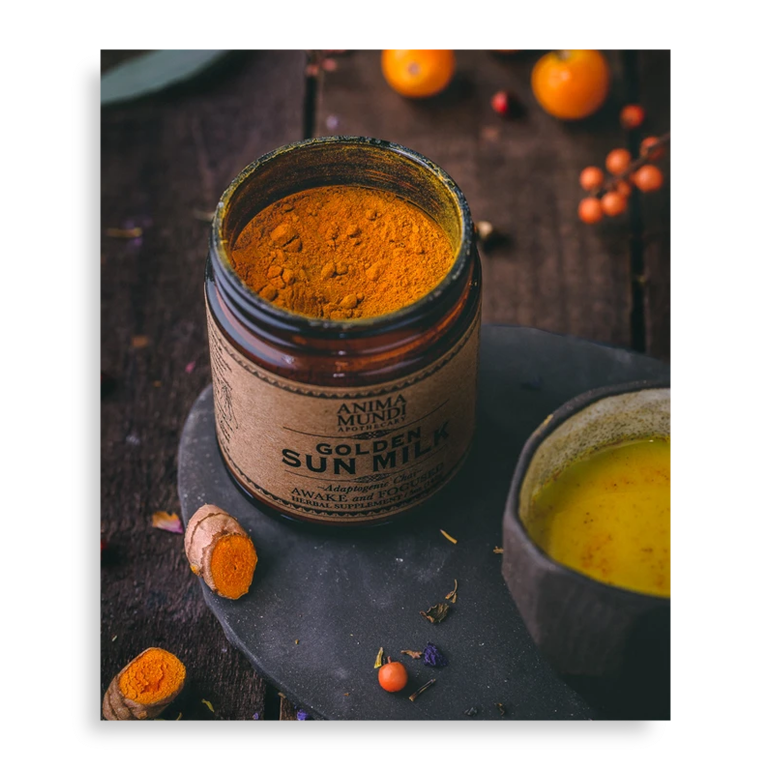 Inspired on a traditional Ayurvedic wellness ritual, golden milk, also known as ‘haldi doodh’ is an ancient medicinal drink. Turmeric milk, is touted for its healing, anti-inflammatory properties largely thanks to the compound, curcumin, found in turmeric. Golden milk, often combined with spices and fellow restorative and rejuvenating herbs, is designed to support the body and mind.

Awake | Focused | Energized
Turmeric has been used in Ayurvedic medicine, and other rainforest cultures, for thousands of years for conditions such as joint pain, digestive issues, fatigue, stiffness, and lots more.
Anima Mundi Golden Sun Milk contains activating plants, such as adaptogenic powerhouse Maca and Cordyceps, known to energize the body, and even increase muscle mass (Cordyceps!) Along with Mucuna, a revered nootropic also called "dopamine bean" due to its ability to enhance our dopamine receptors. Along with delicious and organic chai spices such as Cinnamon, Cardamom, Black Pepper, and Vanilla.
Golden milks in excellent for anyone seeking digestive support, help with inflammation, and just an overall longevity drink to have. It's excellent for kids, and safe for most people.

Add 1tsp in hot water, or warm milk. Whisk until frothy, and enjoy! This is so beyond delicious it doesn't require anything except water. It's naturally on the sweet side due to the mineralizing and sweet powers of Lucuma.